However, when it comes to upgrading the suspension system, a lot of people get confused between struts and coil-overs. Both of these accessories are part of the suspension system but have different characteristics and functions. Hence to know what should be used when it is vital to understand the differences between struts and coil-overs along with their uses. 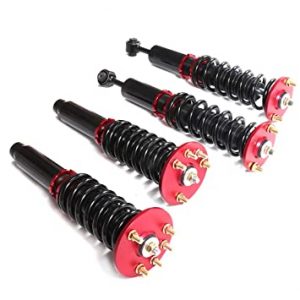 It is an integral part of the suspension system, commonly referred to as coil-over shock absorbers. These are usually springs attached at the front near shocks to dampen the vibrations, prevent chassis, and to give support to each wheel. This helps in reducing the body roll, thus giving you a high-speed performance.

Coilovers or coil springs are also used to achieve the desirable vehicle height as there are different types of coil-overs available, each having a different set of functions. However, a lot of people use lowering springs for lowering the vehicle. Using and upgrading coil-overs can improve the drive quality as it enhances stability and protects the vehicle against potential danger. Some drivers also like to opt for adjustable coil overs suspension for suspension purposes as it delivers top-rated performance. 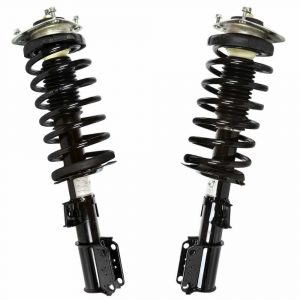 A lot of vehicles have struts in place of shocks. It is usually used as a substitute for a shock in upper arm control, ball joint, and the shock. Like coil-overs, struts also comprise of coil springs that help in supporting the vehicle’s weight. These struts have two primary functions:

These struts work like shock-absorbers because of their ability to dampen the shocks.

It provides structural support to the suspension system of the vehicle.

There are some striking similarities between struts and coil-overs. Still, struts are involved in many functions such as vehicle control, steering, braking, wheel alignment, and the wear of other suspension parts that also include the tires.

What are ORI struts?

ORI stands for Off-road Innovations, which are a type of struts introduced recently. It has gotten much attention from the people because of its unique built and advantages. ORI struts are basically a combination of both a spring and shock absorber in a single assembly. One can easily adjust the spring rate to get desirable vehicle ride height and damping effects.

These struts are designed using dual opposing nitrogen chambers that work like two nitrogen shocks. People are choosing these struts instead of standard struts or shock absorbers because of its versatility. It a high-load capacity and also offers improved body-roll stability.

Now that we know a little about the basic functions of coil-overs and ORI struts let us quickly go through the differences between these two suspension system components.

Which one is better

We are inclined towards ORI struts given their new-edge technology and design. These struts offer improved stability and control over the vehicle as compared to the regular coil-overs. However, if you are someone who likes to aim for driving at high speeds, drive over rough terrains, and so then coil-overs will be a better fit for your vehicle.

It is suggested to use ORI struts only when your vehicle weighs between 3000-5000 lbs and if often used for hill climbing, driving in dunes, short aggressive runs, etc. However, if you do not do any of such activities and if your vehicle weighs more than 5000 lbs, then you opt for coil-overs for better performance.

Both these suspension system components are widely used because of their ability to improve your vehicle’s ride and suspension. Picking up any one of these two will not be fair as different people have different requirements and car models. ORI struts have been creating a rage due to its dual characteristics of shock absorbers and struts. These struts are better than the regular struts, but when compared to coil-overs, the choice is entirely subjective. However, if you are into racing and all such adventurous car sports, then these struts will be a better pick. 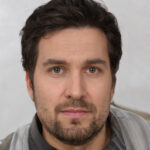